ntst8 said:
New go faster bit arrived - i have only had 1 key until now. Rob Jameison (remember him) suggested i buy a generic one, way cheaper than theirs. But UK resellers wouldn't send to NZ. Finally went to a localish Moto Guzzi dealer who could only get an Aprilia branded blank.

Now trying to source a new rear sprocket. Talon told me to talk to the local reseller, reseller says (via a retailer) that he doesn't stock them and seems in no great rush to say whether or when he might get some in. Not in time for our rally in March it seems. Also tried to get a steel rear sprocket, plenty of JT brand steel versions locally, but not of this style it seems. Who would want a steel version of a race sprocket i suppose.
i should have just pulled the engine down and done a proper job from the start after all. Grumble grumble.
Click to expand...

I'm pretty sure the switch is made by ZADI and were fitted to many European bikes. This key blank looks like it would do the job.. 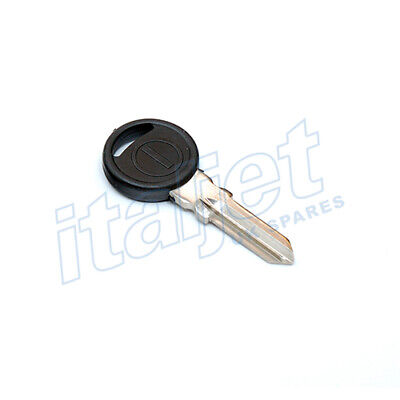 Zadi Style Non TransponderBlank key. This fits Zadi locks with codes1-700,8001-9554,1001-2252. Most locksmiths do not keep this specialised blank. We will send a zadi type key and not an original. ITALJET DRAGSTER 50.
www.ebay.co.uk

cliffa said:
I'm pretty sure the switch is made by ZADI and were fitted to many European bikes. This key blank looks like it would do the job..
Click to expand...

Yes that’s the one, but I couldn’t get whichever website I found to accept my postal address, it was a while ago but I think the youshop address also wouldn’t work. AF1Racing in the US list them but I have had trouble with deliveries ex US during the COVID period.

gortnipper said:
I thought you were planning on taking the Ntst8 down? We would have had dueling Interstates.
Click to expand...

The 850 is still plan A but I like to have a spare at the ready and I have been wrestling with poor charging for a long time, currently swapping emails with Alton.
Just to help things the starter relay just failed, will replace that with something from a local dealer. 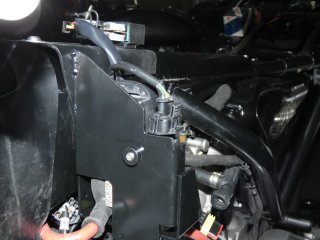 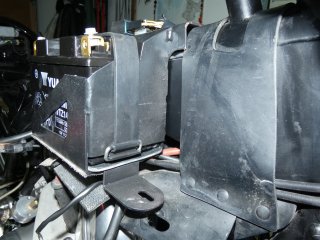 On the last ride i had a horrendous graunch from the primary side when starting the bike, so have now pulled that down for a look 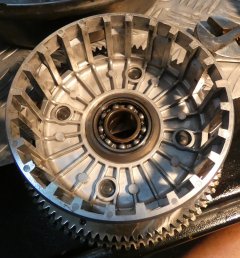 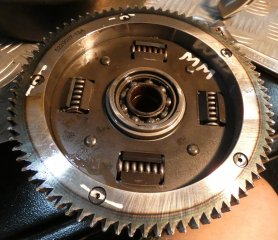 To my untrained eye the rivets look fine, and no issue with the starter ring. Thinking to have the starter ring pinned while it is apart, just for peace of mind, and leave it at that.
As for the graunch - starter not fully engaging? Can't think what else it could be.

ntst8 said:
On the last ride i had a horrendous graunch from the primary side when starting the bike, so have now pulled that down for a look.
To my untrained eye the rivets look fine, and no issue with the starter ring. Thinking to have the starter ring pinned while it is apart, just for peace of mind, and leave it at that. As for the graunch - starter not fully engaging? Can't think what else it could be.
Click to expand...

If I were you, I would ask around to as many 961 owners as I could find (online), to see how many may have experienced that, and what the eventual remedy should be...

I found this thread where the starter button spring had failed and the vibration was making it contact and spin the starter with the engine running.

ok, I have a very metallic noise coming from primary side of engine. I have replaced the split gear spring with no change in the sound. The sound is very loud at idle and goes away as you rev the engine. I am almost sure it is coming from the starter gear trying to engage with the gear on the...

I also read somewhere that some of the starter pinion were not a correct match for the ring gear.

Maybe worth checking that the pinion is retracting fully once it's stopped spinning?

Thanks for the replies. I think i have now partially answered my own question.
Had a look with glasses on and with a bright light and the teeth on the starter ring have been taking a beating - apparent if i zoom in on the spring side up picture above too. I have no past experience with these types of starters but that doesn't look like normal 10,000 mile wear and tear to me so i won't be reassembling like that.
I have had the occasional graunch previously but the latest was the worst by far. One more for the to do list.

While you have those glasses & light handy, you might want to take a closer look at EVERYTHING inside that engine before it goes back together!

Have you visited around the various forums and groups to learn as much as possible about all the various problems these bikes suffered under what was called "warranty" when they first hit the streets? You MIGHT be able to avoid more than one disaster, AND earn a free shortcut to the proper solutions!

I'd do a very thorough follow-up on each known malady to ensure I didn't have to re-open the engine ever again...

For What It's Worth -

THIS is why not every joker with a lathe and a mill (thinking they can get rich) can successfully install a home-brew starter setup on a classic bike.

Hi Paul, yes i have a multi page word file of info posted by Richard-7, TonyA and many others.
Bearings and piston/bore clearance, Ollie Thiels rocker fix were all on my list, but this one has caught me a bit by surprise.

ntst8 said:
Hi Paul, yes i have a multi page word file of info posted by Richard-7, TonyA and many others.
Bearings and piston/bore clearance, Ollie Thiels rocker fix were all on my list, but this one has caught me a bit by surprise.
Click to expand...

Where there's a will etc, turns out you can get blank sprockets and machine the centre to suit. A bit pricey compared to std sprockets but should last a while.
47 tooth in steel (black satin paint job needed), 17 tooth front on its way from cNw. 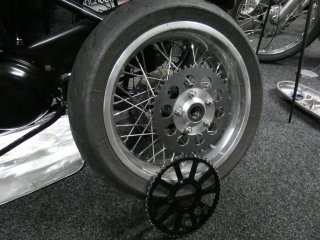 Hi Ian, I sorted the oil in the airbox problem a couple of years ago. Still works perfectly. https://www.accessnorton.com/NortonCommando/unraveling-the-961-part-two-oil-in-the-air-box.27345/

Thanks Ian, good to hear it is still going well. I'll have a refresh on that.
I will be taking a look inside my engine, time to make sure all is up the the build quality is should have been and then ride the wheels off it while we can still buy petrol

Good news at last, i should have checked earlier but Ollie Theil has starter ring gears in stock.
We will be pulling the engine down next week, checking piston to bore clearances and then sending a big fat order off to Ollie for whatever is needed.

Head and barrels removed
- inlet rockers nice and free on the spindles, one exhaust rocker notchy and one very hard to rotate by hand.
- pistons and barrels measured up at The Engine Shop (a good old school workshop)- clearance at the upper end of the range but within factory manual spec. Pistons and bores look to be in good nick so the plan is to refit them.
The One07 tools and guides are , not surprisingly, proving to be a great help.

Bike now fully disemboweled.
- balance shaft out and now with someone more skilled than me to check its balance.
- One07 cam lock doing its job nicely. We did have to ease one mounting hole just slightly.
- Mounting bolts for the crank centre support showing wear on the shoulder, and shown projecting through the support plate in the next shot. We have now relieved the holes in the cases as in Richard7's guide.
Everything else looked up to scratch.

Balance shaft back and ok. The shaft has been machined with a square cut where the bearing shell (left of photo in the previous post) abuts the balance lobe, not a great detail but hopefully ok for road riding. We had it crack tested just in case and no issues.
Crankshaft - measured for true and found to be nearing twice the service limit in the workshop manual, now at a workshop to be sorted.
Head - at the same workshop to have valve guides checked for wear, and rocker bushes measured up - so that Ollie can supply the correct ones.
And nearly forgot - OEM HD starter on order, hopefully here late July.
Last edited: Jul 11, 2021

Hmm. How many k's on the bike?